Born in the Canary Islands, Spain, discovered music at the age of 5.
Attended the Local Music Conservatory, gained the Yamaha Electone Certificate then switched to guitar at the age of 17.
Studied guitar and composition in 4 year program at Guillermo Gonzalez Public Music School in La Laguna (Tenerife).
Some of his teachers: Manolo Rodriguez, Carlos Costa, Jose Carlos Machado and Alfredo Llanos.

During his stay in LA from 2006 to 2009, worked for various artists and performed extensively
in California. In 2007 joined Suave Entertainment's band CURANDEROS and did a 2 month tour around
Mexico in 2008, as well as many appearances in Los Angeles, San Francisco and San Diego.

Back for a while in the Canary Islands in 2009, recorded his first EP with Projec-On. Its
seven tracks, feature some of the best and well known musicians in the local scene, including Sergio Cebrian,
Carlos Costa and Fede Beuster.

Currently resides in Japan and works as a Professional Guitar Player and as an Instructor at
The British School in Tokyo, Kais International School, and Livejam, also gives  lessons at his studio in Oimachi.

Alberto's passion for music shows in his mastery of melodic composition and in his live performances on stage. 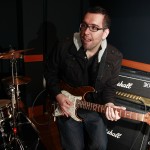 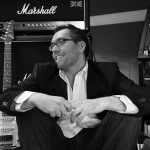 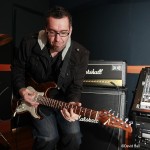 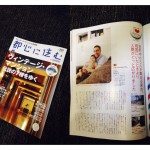 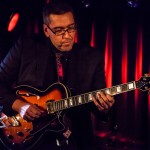